Electric oven repairs are generally simple because there are only a limited amount of things that usually go wrong with them.  The other advantage is that most of these repairs are easy to do, simply unplugging a part and replacing it with a new one.  So here are some top tips.

Before you start doing any work, make sure the oven is turned off from the power, even if this means removing a fuse from the breaker panel, to ensure you aren’t electrocuted while doing the work.

If the oven is receiving power but nothing is happening, then the problem may actually be the fuse or circuit breaker.  This is usually under the cooktop of the range but your cooker’s manual will tell you exactly where and how to gain access.

As well as the main fuse, some cookers will have additional fuses in elements such as the oven light, heating elements, a timer or self-cleaning feature.  If you do not know which element is causing the problem, you may need to work through replacing each one until the problem has solved. 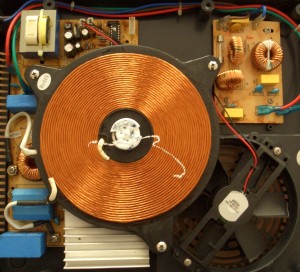 Heating elements are usually very simple to replace but always check the power is getting through to the oven first as this could be the problem.  Once you know that the element is the problem, wait for it to cool then remove it.  In most ovens, the element is connected to a terminal block inside the oven known as the element well.  Usually, removing it involves lifting the element, removing the drip pan and unscrewing and screws keeping it in place.

Once you have the element out, you can test it with the volt-ohm-milliammeter (VOM) set on the RX1 scale.  A functioning element will register between 40 and 125 ohms while if the reading is higher than this the element is faulty.

To put the new one in place, simply reverse the removal process using the new part.

Another important malfunction with an oven is when the temperature control unit fails.  This means the oven doesn’t know when it has reached the desired temperature or when it has fallen below it.  To replace, first unplug the oven.  Open the control panel, usually with clips around the perimeter.  If the unit has more than two terminals, you will need to test to find out which is faulty using a multimeter sent to RX1.

To do this, set the oven to a temperature of 300 degrees.  When you add a cable to the tester, it will let you know which one isn’t working.  Remove the capillary tube from its supports in the oven and pull the tube out.  You can then unscrew the two temperature control screws and remove the control from the oven.  Label and disconnect the wires, replacing any burned ones.  Put the new control in place and replace the whole unit.

You can then turn the power back on and make sure the temperature control works.