Meatloaf started as a German and Belgian dish, which travelled to the US with German-Americans in Pennsylvania in colonial times.  The modern sense of meatloaf came around in the 19th century and debate still rages about what is the best meatloaf recipe.

One thing everyone agrees about meatloaf is that it can be made in a variety of ways with loads of different ingredients and is interchangeable with meatball recipes as well.  Some people use eggs or breadcrumbs as a binding agent while others use ground almonds or oatmeal to make it doughier.  Vegetables such as onions, celery and green peppers can be chopped and added and season is usually salt, spices and herbs like parsley.  It may also be filled with eggs or cheese and can be cooked in a slow cooker or a microwave as well as a traditional oven. 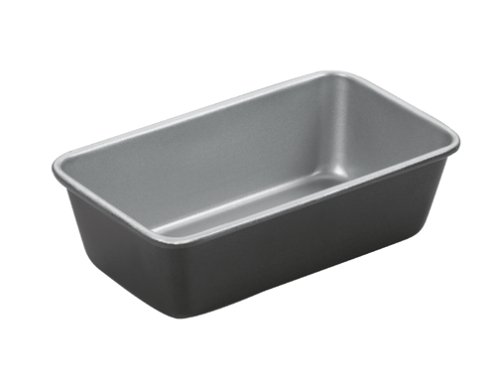 Meatloaf came in 7th on the list of favourite dishes in the US in a 2007 poll by Good Housekeeping.  It came to be popular in the Great Depression when cheap meat could be used with spices and other leftovers to make the meat go further.

It is normal to use some kind of relish or sauce on the meatloaf, often based around tomato sauce.  Some recipes pour this on the top which cooking to form a crust while others use a brown or onion gravy in its place.  Barbeque sauce is another option, as is tomato sauce with mustard added.

Some recipes add mashed potatoes to the top of the meatloaf and drizzle with butter to brown in the oven.  It is commonly served as a warm main course but can also be a sliced cold cut.

There is pretty much a recipe for every day of the week but here is a straightforward, traditional one that may work for most everyone.

Take the ingredients for the meatloaf and combine them before putting them in a loaf-baking dish.  Smooth out along the top then prepare the sauce.  Add this along the flattened top and bake in the oven for 1-1.5 hours at 350 degrees F.

Meatloaf around the world

Some of the best meatloaf recipes from around the world have some variations to them, which might suit your family’s tastes.  For example, in Austria it is called Faschierter Braten and is not filled with anything but it wrapped in ham before baking.  It is served with mashed potatoes when warm or with sauce Cumberland when cold.

Belgian meatloaf is called pain de viande and is served warm with a variety of different sauces but also cold with bread.  Like in the US, meatloaf made its way to Chile with German settlers where it is known as Asado Aleman and includes ground beef, sausages, carrots, eggs and is served with mashed potatoes or rice.

Kofta is a Middle Eastern version of meatloaf where beef or lamb is mixed with onions, parsley and spices and flattened into a loaf tin, normally square with a tomato or tahini sauce poured over the top.  The sauce is baked on the top and alongside is baked the side dish of rice or potatoes.  It is also made into kebabs and grilled in the summer.

South Africa has a meatloaf variation called bobotie, which varies depending on the region but seems to have originated from Cape Town.  It is slightly sweet as the meat is flavored with curry spices, almonds and dried apricots as well as being topped with whipped eggs.